Afflictions, tho they seem severe,
Are oft in mercy sent;
They stopped the prodigal’s career,
And caused him to repent.
Altho he no relenting felt,
Till he had spent his store,
His stubborn heart began to melt
When famine pinched him sore.

“What have I gained by sin,” he said,
“But hunger, shame, and fear?
My father’s house abounds with bread,
Whilst I am starving here:
I’ll go and tell him all I’ve done,
Fall down before his face;
Unworthy to be called his son,
I’ll ask a servant’s place.”

He saw his son returning back,
He looked, he ran, he smiled,
And threw his arms around the neck
Of his rebellious child.
“Father, I’ve sinned, but O forgive!”
And thus the father said:
“Rejoice, my house! my son’s alive,
For whom I’ve mourned as dead.”

“Now let the fatted calf be slain;
Go spread the news around:
My son was dead but lives again,
Was lost, but now is found.”
‘Tis thus the Lord Himself reveals
To call poor sinners home,
More than the father’s love He feels
And bids the sinner come. 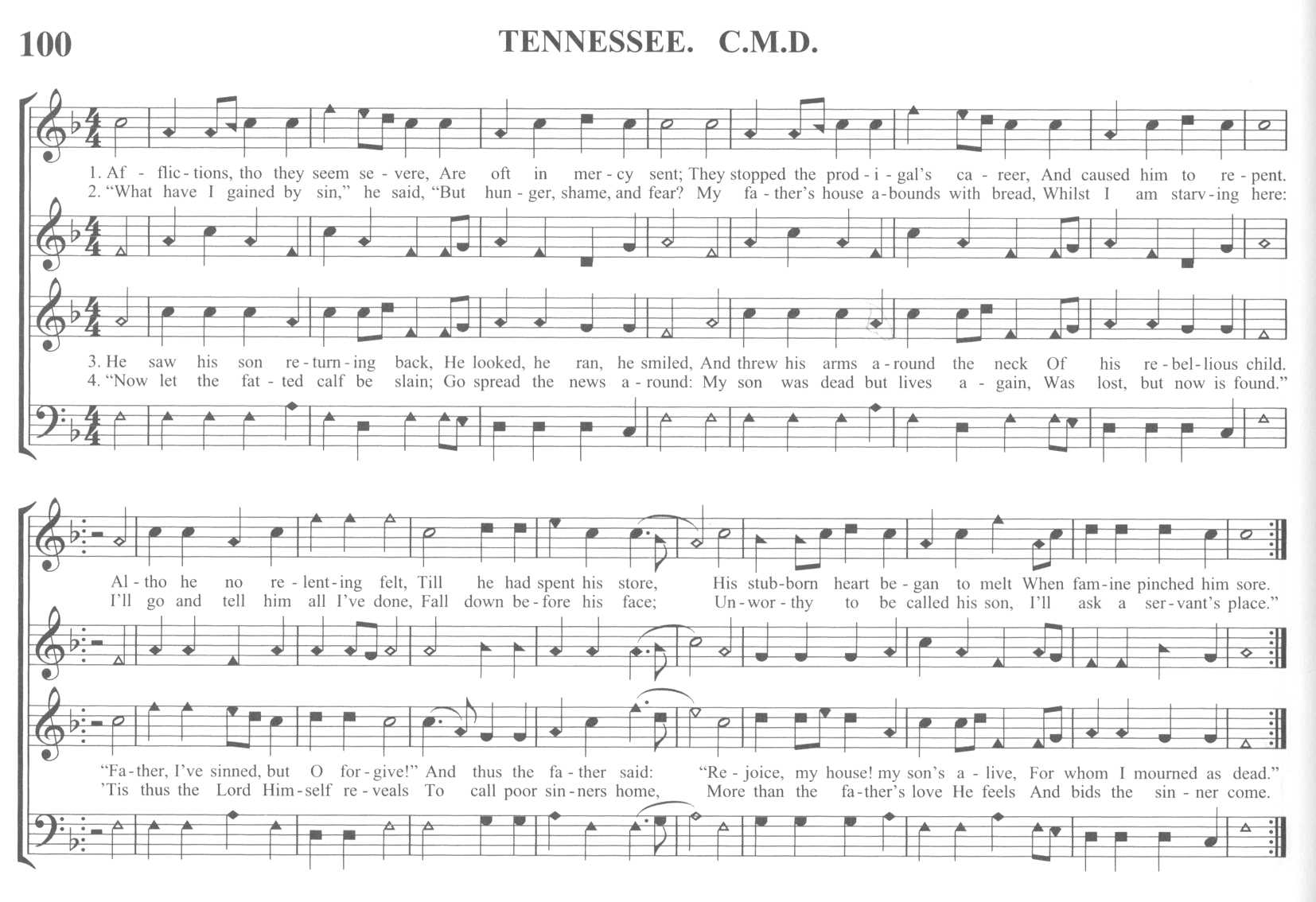