He’s gone! the spotless soul is gone
Triumphant to his place above;
The prison walls are broken down,
The angels speed his swift remove;
And shouting, on their wings he flies,
And gains his rest in Paradise.

Saved by the merit of his Lord,
Glory and praise to Christ he gives;
Yet still his merciful reward
According to his works receives;
And with the seed he sowed below,
His bliss eternally shall grow. 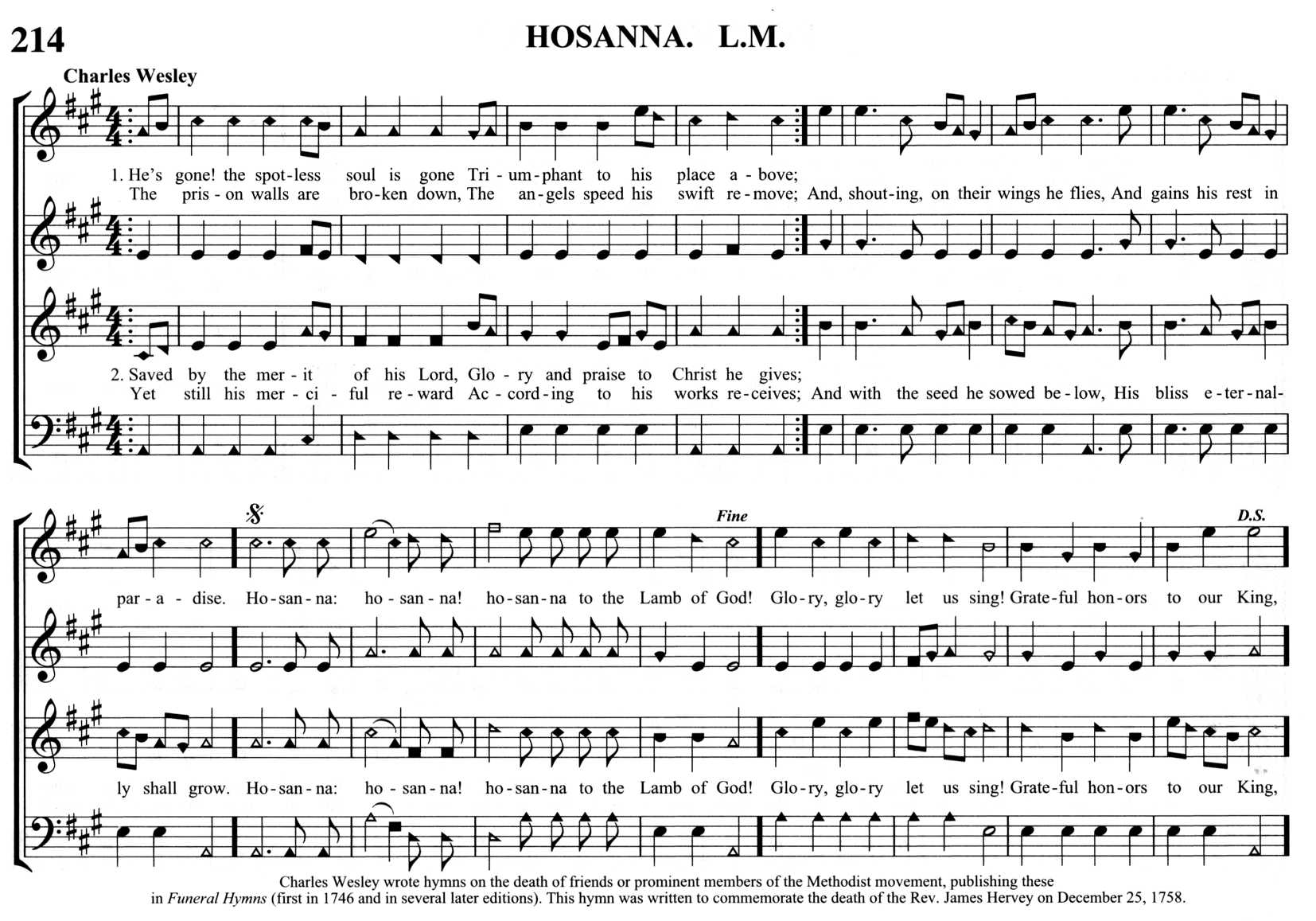